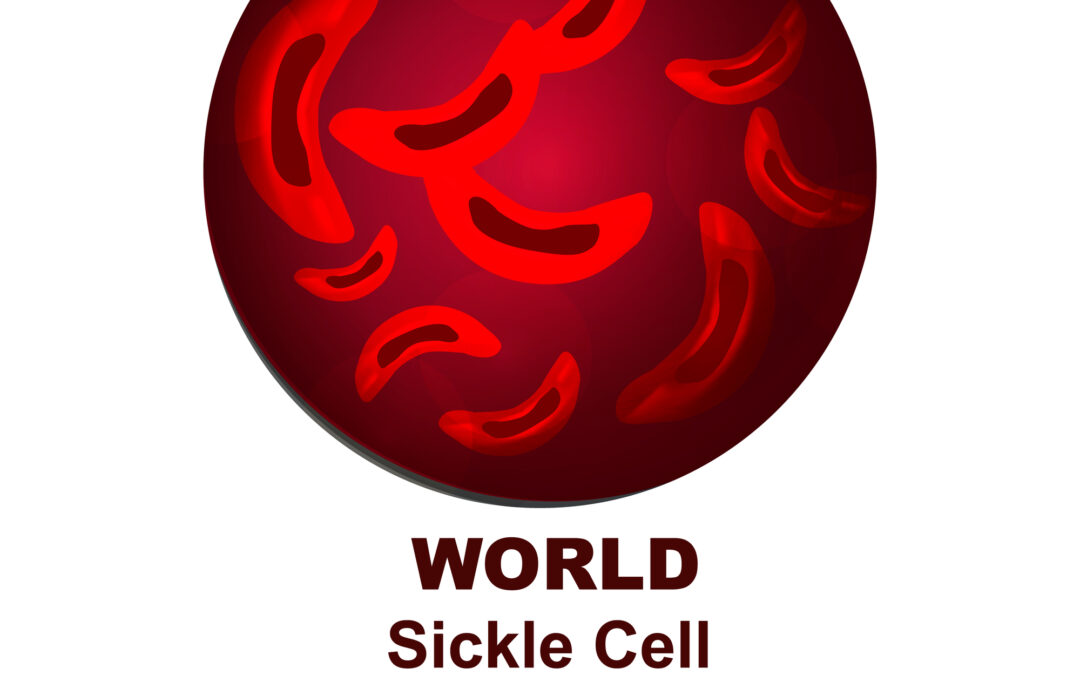 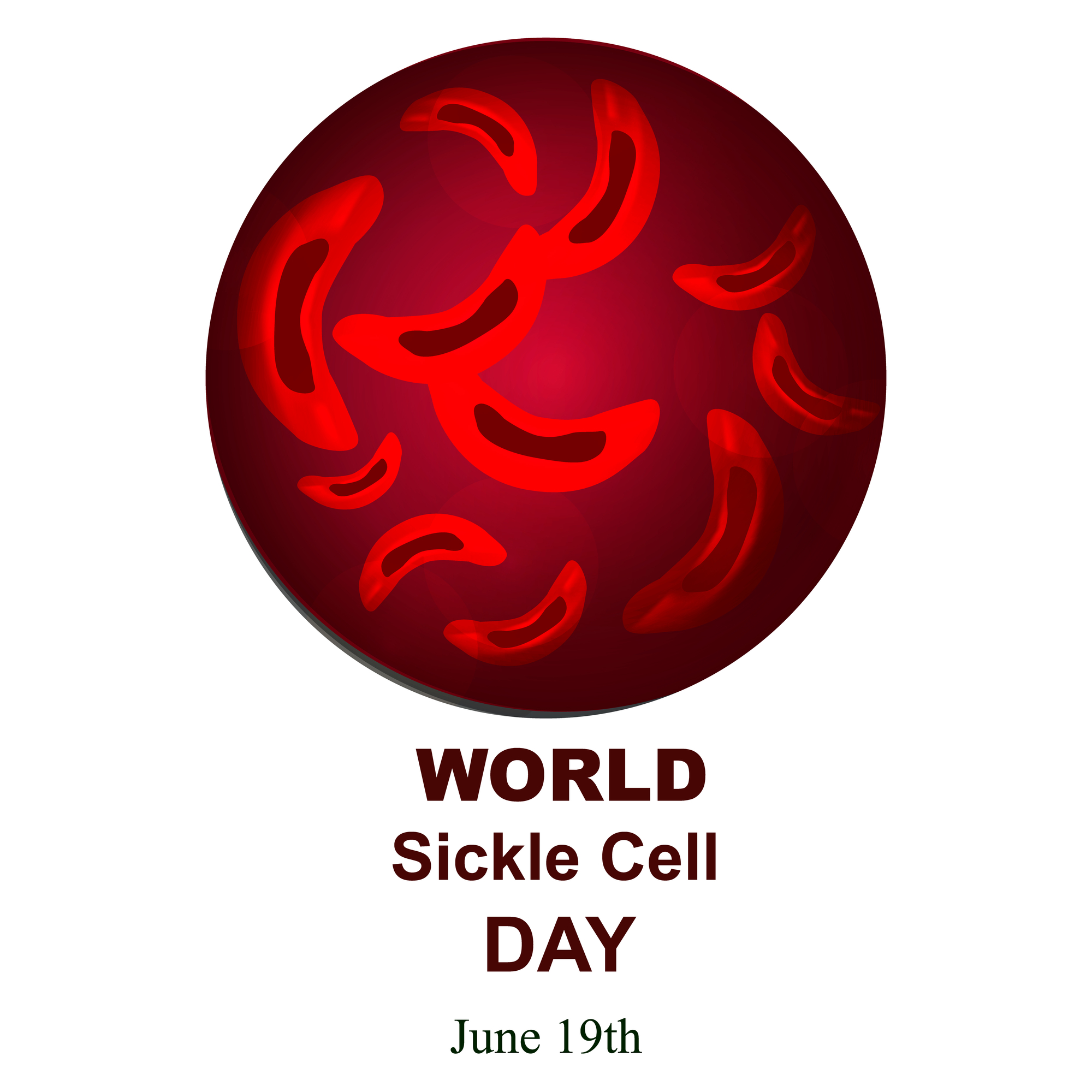 In addition to June 19th celebrating Juneteenth, it also recognized World Sickle Cell Awareness Day. It is an international campaign observed with the goal of increasing public knowledge and understanding of sickle cell disease and the unique challenges faced by patients, their families and their caregivers. This year is particularly special as 2020 marks the 10th anniversary of celebrating World Sickle Cell Awareness! So what is sickle cell anemia?

Sickle cell anemia is a genetic disorder (meaning it passed from parents to children and cannot be transmitted from other people). Normally the red blood cells (RBC) are a rounded shape like disc. This gives them the ability and flexibility to transport blood and oxygen even through the smallest blood vessels. Sickle cell happens when these RBCs contort into sickle shape (like a crescent moon). Because of its “sickled shape”, the cells have ridged edges that can get stuck in the blood vessels which can block the flow of blood throughout the body. When this happens, the stiffen cells die early leaving very few healthy red blood cells to carry the necessary amounts of oxygen the body needs.

This lack of flow of blood may result in very severe pain causing a “crisis.” A sickle cell crisis is when there are repetitive episodes of these pains. Some common symptom include:

Sickle cell is the result of mutation in genes from both the mother and the farther. The disease itself is inherited from both parents passed down to the children, while the trait is only passed from one parent unto the children. Trait means that you have one normal gene and one sickle cell gene. The trait is not a disease and a person with a trait does not portray symptoms of the sickle cell disease. However, they can pass it down to their children. A simple blood test can indicate whether you have the sickle cell disease or the trait. This becomes important when one is trying to have children. There are approximately 90,000 persons have sickle cell anemia in the United States- most commonly affecting African Americans.

There is no cure for this disease. Current treatments are focused on managing and relieving the episodes of pains and preventing complications. This can include medication, blood transfusions and/or a stem cell transplant. In some rare cases a bone-marrow transplant may be done.

Other ways to help manage complications include:

As someone who has had family members with this disease, increasing awareness about sickle cell anemia is very close to my heart. Please join me in the efforts to improve research methods to help us learn more and find a cure!

There are no upcoming events.

There are no upcoming events.